You are here:
Administrative LawCovid 19Uncategorised 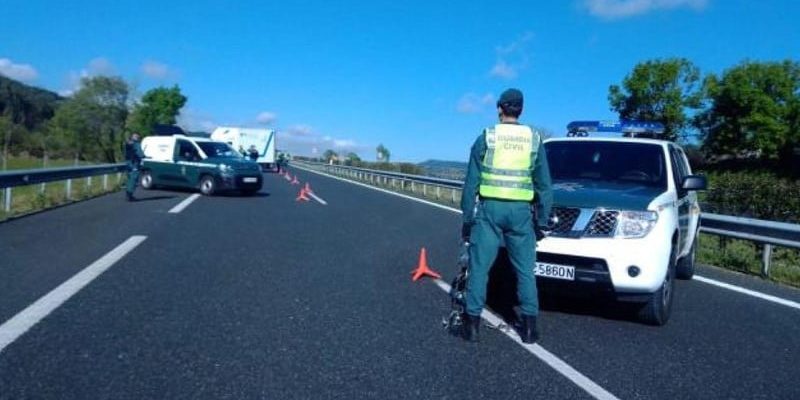 ADMINISTRATIVE CLAIMS COVID 19: ON THE ILLEGALITY OF THE SANCTIONS IMPOSED DURING THE STATE OF ALARM

1. SPAIN’S CORONAVIRUS LOCKDOWN AND THEIR ASSOCIATED FINES ARE UNCONSTITUTIONAL AND UNLAWFUL

More than 15,000 people have been fined so far by the National Police and Guardia Civil for non-compliance with the coronavirus lockdown rules. However, our courts are already at saturation point, and there is a growing concern about their legality. Consequently, the government risks several years of appeals and legal chaos.

The necessary question that we need to ask ourselves is this; Are the lockdown and the fines for its infringement lawful?

In order to answer this question. We need to analyse if the regulation of the state of alarm; implemented by the Spanish government complies with the Rule of Law.

In the first place, the Spanish Constitution stipulates that restrictions on individual rights and freedoms must always be proportional to the threat.

We all agree at this point that a virus epidemic is a threat that is difficult; to control and thus justifies the use of extraordinary constitutional measures and the introduction of additional restrictions on human rights and freedoms.

Therefore, these additional restrictions result from an extraordinary situation. – As the COVID-19 epidemic, – can be authorised expressly in the constitution, by way of declaring a state of alarm.

However, due to the fact that this extraordinary situation gives the government greater “liberties”; – the restrictions imposed by the state of alarm must always be within the confines of the rule of law; – to achieve its sole objective and seek to bring the epidemic under control. In other words, the state of alarm can never be used as an excuse in order to implement a dubious political agenda.

Secondly, the Royal Decree establishing the State of alarm does not set a table of sanctions, but refers (art. 20) to the Organic Law governing the lockdown and hence, in a generic way to “the laws.”

The consequence is we will see are gargantuan.

According to the doctrine of “Everything which is not forbidden is allowed” is a constitutional principle found in the English common law. (In international law, it is known as the Lotus principle).

This principle has always acted as a safeguard against totalitarian regimes. The actions of the public authorities are limited to the powers explicitly granted to them by the Law and the Constitution.

In other words, one of the obligations of public authorities is to protect the safety of citizens. However, the actions of all institutions of a democratic state should be founded on and limited by the law. This principle is clearly set out by the Spanish constitution.

The converse principle—”everything which is not allowed is forbidden” is exactly the opposite; that is a totalitarian principle devised by the infamous so-called jurist Kelsen, who, – inspired by this principle; – gave the perfect justification and the legal frame to the Nazi regime, as to commit all the atrocities.

By applying this analogy to the situation in Spain. We can immediately detect how the Royal Decree of state of alarm 463/2020 precisely applies this evil principle. As it does not contain a table or list of types of offences, but a general prohibition, with some permissions, is allowed.

The decree is deficiently drafted and exceptions to confinement are very vague, and poorly defined; and forces members of the Security Forces to set subjective criteria for gargantuan sanctions; which are often confused with the obligations that correspond to citizens.

The result is that public authorities have therefore taken “liberties” in an unconstitutional; and thus unlawful manner, which creates the risk of abuses from the police.

Our Fundamental civil rights have been significantly restricted: the possibility of leaving home, an unjustified ban on religious gatherings, a prohibition on entering forests; parks, etc despite the lack of legal foundations for their implementation.

Leading jurists have pointed to evident violations of the constitution regarding freedom of movement; freedom of assembly, the inviolability of the home, freedom to conduct business, and personal property and security.

One example of this dysfunctional law-making is that person for example; who wanders alone onto a green space maybe even be denounced for resistance and disobedience, -which is a criminal offence, – and be put in jail.

Or for example, the case of a person fined 600 euros for buying in a supermarket; which location wasn’t the nearest to his place, or the other case of a man fined for buying an “inessential” product will go down in history.

This situation is totally outrageous and it does not comply with the standards of a democratic state.

This far-reaching and non-justified restriction of all civil liberties and human rights is mandatory not only for people who are ill or suspected to be infected. But for the entire population, who are being subjected to such a disproportionate and gargantuan sanctioning regime.

The anti-coronavirus restrictions are not just prohibitions and limitations, but also significant punishments for breaking the regulations. There is no legal basis for repressing citizens with such extraordinary sanctions. For this reason, too, the currently binding financial and criminal penalties are neither proportional. Nor rational, and not necessary in the light of the standards of the constitution, and the Rule of Law.

2. ILLEGAL ENFORCEMENT OF THE SANCTIONS

The unlawful procedure followed for imposing the sanctions administered during the state of epidemic makes them also unconstitutional.

Those who drew up the regulations chose not to sanction violations of the lockdown using the classical path foreseen by administrative law, which gives citizens the right to a fair trial.

The fines are imposed by an official, often without evidence proceedings. Although citizens have the right to an appeal, this does not delay the punishment – fines are immediately enforceable.

3. IS IT POSSIBLE TO APPEAL THE FINES IN COURT?

The imposition of fines does not prevent citizens from exercising their rights before a court. So anyone who feels they have been fined unfairly can go to the administrative court to contest it.

It is to be hoped that in the prevision of the avalanche of thousands of claims, all of this will be decided by an impartial and independent court. And the “floodgates principle” will not be applied. But this is not certain, considering that the actions of the political authorities in Spain,- before and during,- the coronavirus epidemic have sought to bring independent judges and courts under their control.

Therefore, it is not unlikely to think that some of these lawsuits and sanctions will end up being discussed not only in the contentious jurisdiction and the Constitutional Court in Spain but possibly in the European Court of Human Rights.

From this long exegesis of the Decree of Alarm, we can draw the following conclusions:

1º) Spanish citizens live in a democracy, and not in an authoritarian regime. We cannot be coerced, harassed, or intimidated, with the excuse of a health crisis, no matter how serious this threat can be.

2º) Sanctions imposed during the State of Alarm are null and void; as they contravene the following laws and principles of law:

b. Art. 17 Spanish Constitution (CE); “everyone has the right to liberty and security”. And article 103.1 CE (“The Public Administration objectively serves the general interests and acts with full submission to the Law”).

c. The principles of legal certainty, legality, and typicity.

3º) Consequently, sanctions can be appealed through the administrative Courts in Spain and before the European Courts.

To sum up, it is a fact that coronavirus restrictions have seriously destabilised our legal system. We sincerely hope that once the virus threat is defeated. We will not have to face a much more serious threat, this time to the rule of law. Otherwise, the risk of legal chaos that awaits us will be difficult to fathom.

Despite the fact that our offices will remain closed during this COVID-19 period. We will always be kept a direct contact as always by email, or phone (0034. 687 88 88 73 and info@bestsolicitorsinspain.com)

And also, we will be delighted to arrange a videoconference in case you might need it.

Finally, during this moment of crisis, I would like- if I may- to kindly give a message of encouragement and hope. Especially to our elderly, who are the most vulnerable in this terrible crisis.