You are here:
Civil LitigationUncategorised 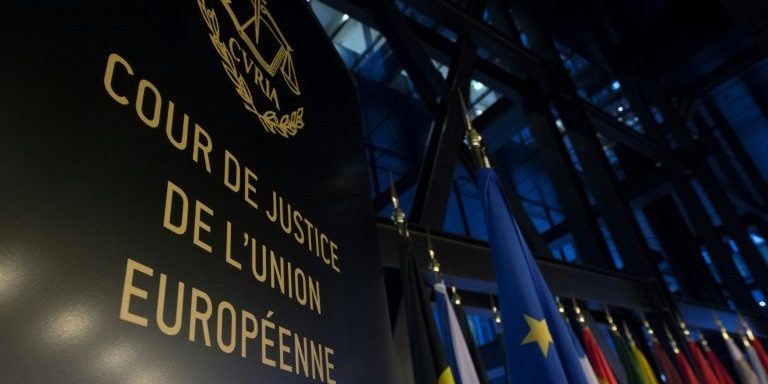 The Court of Justice of the European Union, based in Luxembourg; has rendered a landmark and expected Judgment in Case C-125/18 Gómez del Moral Guasch/Bankia S.A.; in relation to IRPH clause inserted in mortgages.
After having settled the cases on floor clauses and the mortgage tax (AJD, which was settled in the Spanish courts); the ECJ is now being asked to give a final verdict on this index.

The Court has ruled that the Spanish courts must ensure the clear and understandable nature of the mortgage loan contract clauses; that establish the application of a variable interest rate based on the benchmark of the savings banks or (IRPH).

Therefore, after receiving a significant number of enquiries over the past few days; please find below some of the most common questions frequently asked by our clients:

1) IS THE IRPH INDEX EXEMPT FROM ANY TRANSPARENCY CONTROL?

The answer is NO.

In the first place, the Court does not say that all IRPH clauses are illegal. What the Court declares is that any mortgage clause that applies the IRPF as interest rate; can be declared null and void by a Spanish court, pursuant to directive 93/2013; in those cases where it fails to meet the double transparency control.
Consequently, the burden of proof always lies with the bank; in order to prove whether the contract signed by each customer complies with the following two main transparency filters:

First, the purely formal or grammatical filter – that is to say, that the clause is clearly drafted, in understandable and clear words.
The second filter is that of its inner understandability, that is; that the customer perfectly understood the content of the clause and the consequences of choosing the IRPH index instead of the Euribor for his mortgage loan.
In other words, the IRPH clause should not only be clear on a formal and grammatical level. But in addition to that, the average consumer, (that is a layperson who is reasonably attentive and insightful); should be able to understand how the IRPH interest rate was calculated, as well as the potential financial consequences of its application.

2) WHAT WILL HAPPEN TO THE MORTGAGE CONTRACT, IF THE IRPH IS DECLARED NULL AND VOID?

Regarding this question, the CJEU Judgment does not preclude the possibility that the Spanish judge; in his decision, might substitute the abusive IRPH index, with another legal index such as the Euribor.

Otherwise, the judge should be obliged to cancel the entire mortgage contract, with the adverse consequences for the consumer; who would have to give back the borrowed capital to the bank; being absolutely impossible in the majority of situations (i.e. mortgage applied to buy a property).

Therefore, in practice, – in compliance with the CJEU judgment,- the annulment of the IRPH index clause; will allow the court to replace it by any substitute index contemplated in Law 14/2013, like the Euribor for example, as indicated before.

3) WHAT SHOULD I DO, IF I HAVE A MORTGAGE WITH IRPH?

Any consumer who has signed a mortgage loan that is referenced to IRPH can bring an actionable claim against the bank.
We strongly recommend that you might contact our Law firm; in order to advise you about the paperwork needed and the likely timetable and cost involved; since time is of the essence, especially if the mortgage has already been paid off.

We are glad to inform you that the rate of success is VERY high, and so far, we have won all the lawsuits against banks.

4) I HAVE A MORTGAGE WITH IRPH. WHAT AMOUNT CAN I CLAIM?

As for the amounts that can be claimed, it will depend on the amount of the loan signed; as well as the years that the IRPH has been in force.

We would have to study very carefully your mortgage contract in order to calculate for you the financial amount of the claim; taking as a reference the Euribor rate, in comparison with the IRPH unlawfully applied.

5) I HAVE A MORTGAGE WITH OTHER ABUSIVE CLAUSES AS WELL. CAN I ALSO CLAIM THE COSTS OF THE MORTGAGE?

YES, in fact in all our cases; we are claiming not only the refund of any undue legal interest rate but also the costs of the mortgage. (Notary fees, land registry fees and accountant’s fees).

You would need to send us copies of the abovementioned invoices, in order to calculate for you more accurately the total amount to be claimed.

Therefore, in conclusion, after the aforementioned judgment; you finally have the possibility of successfully claiming your bank, as a result of the unlawful application of the IRPH index in your mortgage.

The good news is that we are winning all the Court cases against banks and we are currently preparing new lawsuits on behalf of an increasing number of foreign people affected, so we are very confident about their outcome as well. Remember, that even if you might be national from another country, you have granted with the same rights as a Spanish consumer!

We hope this information is useful. Remember that this is not intended to be specific legal advice, just a general overview. Should you be interested in receiving more specific information; (either about this particular mortgage subject or any other), you can contact our Firm in several ways:

2. You can also use our e-mail form at the top of the sidebar of your screen, or alternatively; you can send us an e-mail to info@bestsolicitorsinspain.com

Finally, thank you very much for your attention, and in case you might have any question or doubt at all; again please do not hesitate to contact us. We will be glad to help you!