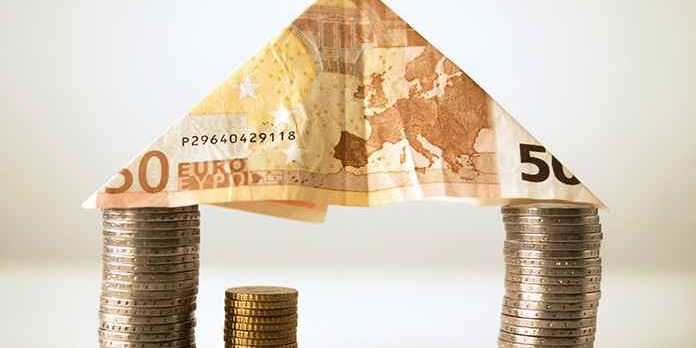 EXCELLENT NEWS FOR CONSUMERS: THE EUROPEAN COURT OF JUSTICE FORCES SPANISH BANKS TO REFUND ALL ABUSIVE MORTGAGE EXPENSES IN FULL.

IMPORTANT: NOW IS THE RIGHT TIME TO REVISIT YOUR MORTGAGE COSTS, AND CLAIM WHAT IS YOURS!

We recently explained in a previous post, that The Court of Justice of the European Union -CJEU-; has declared in a judgment handed down on July 16; that if the abusive clause that charges the client with the payment of all the expenses of constitution and cancellation of a mortgage is declared null and void; the bank must proceed to the full refund of the amounts unduly paid by the consumer.

I. In a nutshell. What does the CJEU Judgment say?

According to analysts, this new ruling of the CJEU would allow about 8 million clients to claim and recover all the expenses of setting up the mortgage (Notary, Property Registry and Management or “gestoria” in Spanish); provided that the Court declares the nullity of the mortgage clause.

The abovementioned Judgment has come to answer the preliminary ruling that had been raised, – both by the Court of First Instance No. 17 of Palma de Mallorca, and by the Court of First Instance and Instruction of Ceuta; – which has implied a new setback to the jurisprudence of our Supreme Court in this matter, which unfairly ruled that the notary and gestor’s fees derived from the mortgage loan, should be divided 50% each.

However, the CJEU has indicated that this distribution of expenses would only be admissible in the unlikely event that the provisions of national law applicable in the absence of the clause declared void; might precisely impose on the consumer, the payment of all or part of these expenses; which in practice it never happens.

Thus, it is considered contrary to Union law, – specifically to Directive 93/13, – that the national court can modify the content of a clause declared abusive; and as a consequence, once declared its nullity, the bank will have to reimburse all of the expenses and not just an unfair 50%.

A. Opening commission of the Mortgage

In the first place, the opening commission has been a very sensitive issue and traditionally the Courts; (including the Supreme Court) have invariably ruled against the consumers. However, the CJEU has again fortunately corrected the Supreme Court, leaving open the possibility for the consumer to claim its amount as well.

Therefore, unlike what the Supreme Court pointed out, it is not sufficient that the opening commission appears in the mortgage contract to consider it valid. On the contrary, the clause must have a “clear and understandable wording”, which cannot be reduced to a merely formal or grammatical level; Rather, this requirement must be understood in an extensive manner, given the comprehensive consumer protection that Directive 93/13 grants to the consumer; who is always in a situation of inferiority.

That is, the clause must transparently explain the specific purpose and mechanism of the opening commission clause within the contract; so that the consumer is fully aware of the reasons that justify the fees corresponding to this commission.

In fact, many Spanish courts have already begun to apply to the letter, the abovementioned Judgment of July 16, 2020. For instance, the Court of First Instance nº 29 of Seville, in its judgment No. 627/2020, of October 6, has recently ruled that the clause referred to the opening commission must also be considered null and void “since the defendant has not provided with any evidence that might prove the verification of the transparency control, let alone that the commission responds to the rendering of a specific service to the client whose cost can be passed on”. Thus, it considers the claim of nullity of the clause and consequently orders the restitution of the amount paid for it by the client, plus legal interests from the date of their effective payment, in accordance with arts. 1101 and 1108 of the Civil Code.

B. Assignment of fees

The CJEU has resolved in relation to the attribution of the costs, that if the consumer is finally forced to go to the Courts to obtain the declaration of nullity of the abusive clauses due to the refusal of the bank to reach an out of court settlement, full costs will be imposed on the bank. In this sense, the European Court reported:

“5) Art. 6 (1) and Article 7 (1) of Directive 93/13, as well as the principle of effectiveness, must be interpreted in the sense that they oppose a regime that allows the consumer assume part of the Procedural costs based on the amount of the unduly paid amounts that are returned to the consumer, as a result of the declaration of the nullity of a contractual clause for being abusive, given that such a regime creates a significant obstacle that may dissuade consumers from exercising their legitimate right, conferred by Directive 93/13, to an effective judicial control of the potentially abusive nature of contractual clauses ”.

In this regard, the Court of First Instance nº 29 of Seville,- in the same judgment No. 627/2020,- has correctly considered that “the costs must be paid by the defendant, in application of the conclusion issued in the STJUE of July 16, 2020″.

This is excellent news, because until now, the court had the discretion not to impose costs on any of the parties, which in practice was a deterrent for many consumers to exercise their rights conferred on them by Directive 93/13, and obtain an effective redress.

In relation to management or administrative expenses derived from the payment of the taxes and further registration of the mortgage deed, (in Spanish commonly known as “gastos de gestoría”), the EU Ruling of July 16, 2020 (accumulated cases C-224/19 and C-259/19) has pointed out that, since there is no supplementary legal regime foreseen, they cannot be borne by the consumer, and consequently they must be paid in full by the lender bank.

Therefore, – if the clause is declared abusive; – the total amount paid for this concept must be reimbursed to the consumer together with the legal interest since its payment in order to restore him into the same situation; in which he would have been, had the abusive clause not been incorporated into the mortgage contract in the first place. Thanks to the landmark EU Ruling, the defective legal arguments initially used by the Supreme court; interpreting that they had to be paid by both parties, 50% each, would fortunately no longer apply.

In fact, the European Commission itself has also considered that these expenses should be paid in their entirety by the bank; because if it was the latter who imposed and appointed a qualified professional, and fully attributed the expenses for these abovementioned services to the consumer. Therefore, once the clause has been declared void, all its effects must be eliminated; and the bank must refund the consumer for the expenses caused in full and not just 50%.

III. Limitation period and deadline to claim the refund of these amounts

The CJEU has been favorable to the application of the five-year limitation period with regard to the refund of the amounts unduly paid; However, it has declared that the five-year period begins to run from the conclusion of the mortgage loan contract; and not when the mortgage was granted.

The good news is that we are winning all the Court cases against banks; we are currently preparing new lawsuits on behalf of an increasing number of foreign people affected; so we are very confident about their outcome as well. Remember, that even if you might be national from another country, you have granted with the same rights as a Spanish consumer!

V. HOW TO CONTACT US FOR FURTHER SPECIFIC ADVICE?

We hope this information is useful. Remember that this article is not intended to be specific legal advice, just a general overview. Should you be interested in receiving more specific information; (either about this particular mortgage subject or any other matter); you can contact our firm several ways:

2. You can also use our e-mail form at the top of the sidebar of your screen, or alternatively, you can send us e-mail to info@bestsolicitorsinspain.com

Finally, thank you very much for your attention; and in case you might have any question or doubt at all again please do not hesitate to contact us. We will be glad to help you!